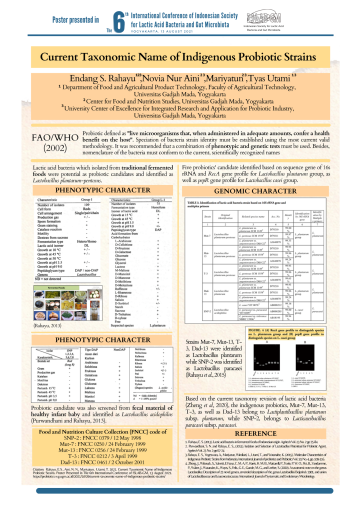 Based on FAO/WHO Probiotic is live microorganisms which when administered in adequate amounts confer a health benefit in the host. Speciation of bacteria strain identity must be established using the most current valid methodology. Strain identity was important to link a strain to a specific health effect as well as to enable accurate surveillance and epidemiological studies. It was recommended that a combination of phenotypic and genetic tests must be used. Besides, nomenclature of the bacteria must conform to the current, scientifically recognized names.